Wetsuits and rashguards are made to protect you from sunburn, stings, or even injuries. A rashguard is worn underneath a wetsuit. Depending on the type of activity, a wetsuit could be worn alone.

Typically, a rash guard is preferred since it is more comfortable and easier to wash. In this article, we are going to define the difference between a rashguard and a wetsuit. We will also provide information on choosing a wetsuit or a rashguard. So, if you want to know more stay with us and keep reading.

How to Pick a Rash Guard From a Wetsuit

What is the difference between a rash guard and a wetsuit? A rash guard is not simply a sun shirt that protects you in the water. In order to pick a rash guard from a wetsuit, you should know the advantages and disadvantages of each. Rash guards are typically thinner and best for use in warmer waters on a surfboard. Rash guards often come in sleeveless and long sleeve variations and are easier to get in and out of.

Wetsuits are thicker and best for use in colder waters to protect you from being frozen. Wetsuits often come in full-sleeved and full-body variations and are more difficult to get in and out of.

Rashguard is made to protect the skin from jellyfish, sea urchins, and other stinging or irritating marine life. So, this great swim shirt is indispensable for surfers. The rash guard will have a short sleeve, short leg, and body-hugging material that is usually made from polyester.

A wetsuit is made to keep the person warm, usually during cold water scuba diving. The wetsuit is made out of neoprene and will have a zipper closure, legs, gloves, hood, and long sleeves.

The difference between a rash guard and a wetsuit is materials. A wetsuit is typically made of neoprene which is an insulating material. A rash guard is made of Lycra or Polyester which are synthetic materials that are not as insulating as neoprene.

With a wetsuit, a surfer can be better protected and feel dry. However, they are not designed to keep you warm. 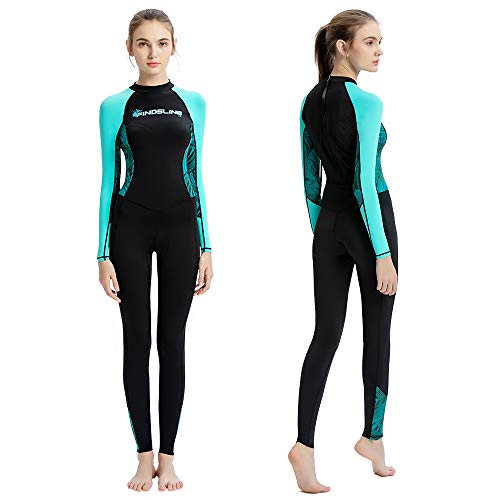 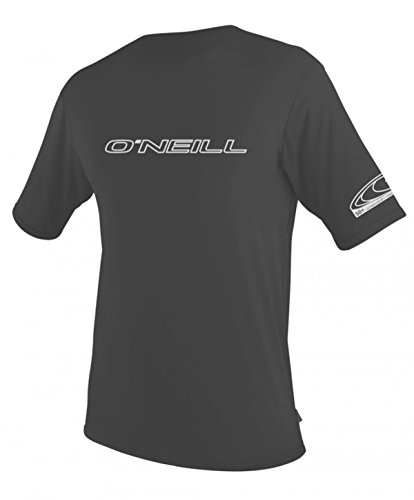 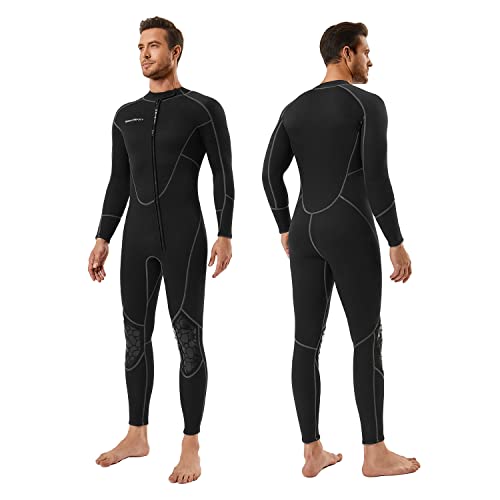 Now as you already know a rash guard is made of neoprene and can be worn as appropriate clothing protection during surfing, windsurfing, kayaking. Rash guards are mostly worn by surfers due to the scarcity of wetsuits in warmer climates. Rash guards are typically not as thick as a wetsuit and they don't have a neoprene neck seal. The Fit of Your Shirt

A rash guard is a thin shirt typically and can be made even of spandex that is worn to prevent rash or sunburn. It is typically worn to surf, sail, kayak, or dive.

A rash guard is a sleeveless shirt usually made from a quick-drying synthetic material, such as polyester or spandex, while a wetsuit is a nylon or neoprene garment worn by a person going underwater.

A wetsuit protects the wearer from cuts and sharp objects, retains body heat, and provides buoyancy. It is often worn for surfing or other types of water sports.

A rash guard protects the wearer from sunburn and solar-related illnesses such as melanoma and non-melanoma skin cancer. It is often worn for surfing or other types of water sports.

What is a Rash Vest?

Rashguards are a type of sleeved shirt, often made of lycra material, often worn for surfing. The shirt is often tight-fitting and is designed to keep sunscreen on your skin to reduce the chances of sunburns. Rashguards are also often made of materials that quickly wick water away from the wearer's body, keeping them dry. A wetsuit is an outer garment worn by people engaging in water-based activities that provide thermal insulation, buoyancy, and protection from scrapes, cuts, and stings.

All the Negative Differences

A rash guard is a type of shirt that covers the chest, arms, and abdomen. They are made from neoprene, nylon, polyester, poly-spandex, or various other materials. Rash guards are often worn to protect the wearer from getting patches of skin exposed to the sun. The function of a rash guard is to provide you with an extra layer of coverage to protect your skin. Rash guards are often worn in conjunction with either board shorts or swim trunks. Wetsuits are the other type of garment that is available. They are waterproof, can be worn in water, and usually cover the person's whole body. Wetsuits are typically used for surfing, scuba diving, waterskiing. Generally, people are not aware of the main differences between a rash guard and a bathing top as well.

All the Positive Differences

The difference can be seen in the thickness of the suit. A rash guard is thinner and less protective, while a wetsuit is thicker, more protective. A wetsuit is made with neoprene rubber, so is better suited for colder water. The rashguard does not have the same rubber coating, so is better for water that is warmer.

Difference Between Rash Vests and Drysuits

So, let's compare. A rash guard is a shirt that covers your arms and some of your torso. It keeps the sun off of your body while providing you with an attractive shirt to wear. A drysuit is a type of scuba diving suit that gives you a complete barrier between yourself and the water. Drysuits are not only popular, but they are also necessary. They will keep you warm in the water but works for other sports as well.

How to Choose a Rash Vest if You Want to Swim

How is wetsuit different from the rash guard? When it comes to swimming, the question about what to wear can seem overwhelming-there are three basic categories of protection, each with its own pros and cons. A wetsuit is typically the best option for beginners. A wetsuit keeps swimmers warmer by trapping heat generated by their bodies. These suits work best for beginners because they offer full-body protection, which is crucial for novice swimmers who are unfamiliar with the sport or who don't have much experience. A rash guard is typically the best option for athletes. A rash guard works well for swimmers who are more experienced because it protects swimmers from UV radiation,

Why Wetsuits Keep You Warmer

Why You Should Use Rash Guards or Wetsuits

A rash guard is a garment that has been designed to be worn outside of a wetsuit to provide protection from the sun and to protect a wetsuit from contamination. The garment can be worn as a first layer for sun protection before a wetsuit is put on, or as an outer layer after coming out of the water to keep the wetsuit dry. A rash guard usually features neoprene, nylon, spandex, or polyester with UPF 50+ rated fabric. A wetsuit is an article of clothing worn to provide thermal insulation and protection from scrapes and bumps when diving or snorkeling in water with a temperature below 20 degrees C. It's important to pick the right one for you because they're not the same thing. The Difference Between a Rash Guard and a Wetsuit

A rash guard is a type of shirt worn by surfers, kayakers, and paddleboarders. They are used to protect the wearer's skin from the sun's harmful ultraviolet rays that are reflected off of the water. The rash guard is usually made of a thick, spandex-like material that is covered in a tight mesh material. Unlike a wetsuit, the rash guard is worn alone on the body with no extra protection against cold water temperatures. A rash guard is typically only worn for about half an hour before it needs to be dried off to avoid complications with sunburn or prickly heat. It is often worn more during the summer months of the year to avoid excessive exposure to the sun.

An article about the difference between a rash guard and a wetsuit Having to swim in the ocean during the summer is a task that not many people look forward to. If you're staying by the shoreline and swimming in the water for a few minutes at a time, then you're probably not going to need to purchase a wetsuit. You can wear a swimsuit, and long-sleeved rash guard and stay warm and protected from the sun and waves and salt and sand and sometimes jellyfish and urchins.

A rash guard is a form-fitting garment designed to protect the most important parts of your body when you're swimming. A wetsuit is designed to act as a second skin, trapping small pockets of water between the suit and your body, providing you with a greater degree of warmth. Hopefully, after reading this article you are now able to understand the difference between a rash guard and a wetsuit.

They are not just ordinary jackets. Each of these shirts has pros and cons to be used in certain situations.

By staying warm and protected from the sun, you should have no problem enjoying surfing without the risk of becoming too cold or developing sunburn. Some people wear rash guard as a shirt on a daily basis.

Hopefully, this article saved you some time while shopping around for the perfect wetsuit or rash guard.

1. Do you wear a swimsuit under a rashguard?

Swimsuits are typically worn under rash guards, but it depends on an individual's preference and style of swimsuit. Some common preferences include wearing a swimsuit under a rash guard while swimming in a chlorinated pool or while surfing. The chlorine and salt that is prone to accumulating on a rash guard when used in the water can cause the fabric to break down, or otherwise become damaged.

2. Do you wear anything under a rash vest?

Yes, many people wear thermal base layer shirt and tights. The vest has a built-in fleece jacket so you don’t need a jacket over it. The main thing people wear is a buff which they pull over their nose to shield me from the worst of the wind chill.